Jacqueline has published widely on contemporary Australian and international art in key anthologies, journals and catalogues of national and international institutions. Her books include Conceptual Beauty: Perspectives on Australian Contemporary Art (2010, Artspace, Sydney) and (with Jennifer Barrett), Australian Artists in the Contemporary Museum (2014, Ashgate, London). Millner’s research is informed by feminist and social history of art perspectives which strive to place art in a broader context. She is Associate Dean Research at Sydney College of the Arts (SCA), University of Sydney, where she lectures on contemporary art history and theory and is co-convenor of the research cluster Contemporary Art and Feminism. 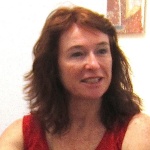 Catriona’s career as a critic, theorist and art historian historian is dedicated to women modernist artists and contemporary feminist, environmental and comparative post-colonial visual art and culture (especially former British Dominions and new Republics). She has published widely on feminist aesthetics and women in art. Her feminist art histories include Indecent Exposures: Twenty years of Australian Feminist Photography (Allen & Unwin) and  Dissonance: Feminism and the Arts 1970 -90  (ed, Allen & Unwin with Artspace , Sydney). She was a member of the Artworkers Union Affirmative Action for Women in the Visual Arts committee in the mid-1980s. She is senior lecturer in Art History and Film Studies at the University of Sydney and is co-convenor of the research cluster Contemporary Art and Feminism.

Is the director of The Cross Art Projects in Sydney and co-convenor of the independent research cluster Contemporary Art and Feminism. Her curatorial projects often engage with equity and justice issues such as Elastics: Darwin<>Sydney<>Dili (2014, Chan Contemporary Art Space, Darwin) and Green Bans Art Walk (2011, Performance Space Walks series, Sydney). She was director of SH Ervin Gallery, National Trust, Sydney (1997–1999) and co-director, Mori Gallery, Sydney (1984–92). She was co-editor with Joan Kerr of Past Present An Anthology on the National Women’s Art Project (1997) and Joan Kerr, A Singular Voice: Essays on Australian Architecture (ed., Candice Bruce, Dinah Dysart and Jo Holder, 2009). For the twentieth anniversary of International Women’s Year, she co-ordinated the National Women’s Art Exhibition comprising simultaneous exhibitions in over 150 galleries, museums and libraries (1995).

Jasmin Stephens curates and presents CAF Commons – an independent series of talks on curating Feminist politics. Her recent exhibitions included Yonder, at Perth Institute of Contemporary Arts, and Metallic at Spectrum Project Space, Edith Cowan University, WA. She has pursued her interest in current exhibition trends, audience development and curatorship in many institutions including Fremantle Arts Centre, the Museum of Contemporary Art, Artbank and the Art Gallery of New South Wales. She undertook a curatorial residency with The Reading Room in Bangkok (2013) and was Visiting Curator and Asialink Arts Management Resident with Singapore Biennale (2011).

Jane is a Sydney based artist and teacher with a practice of over twenty years across a range of mediums, including film/video, photography and sculpture. Her practice is a critical and humorous examination of pathos and horror surrounding representations of the gendered body. She is currently a PhD candidate at Sydney College of the Arts, investigating humour and disgust in relation to contemporary art.​

Cecilia Jackson is about to graduate from a Master of Art Curating at the University of Sydney and is a graduate of the National Art School.

Catherine is an artist and educator. A recent graduate of Master of Museum Studies at University of Sydney Catherine is Project Manager of Future Feminist Archive. She brings to the project a strong interest in curating regionalism and education programming.

If you wish to join CAF contact the convenors via email contemporaryartandfeminism@gmail.com